You are here: Home / Thinking / Getting back into it

I'll spare you the apologies and excuses. It's been a long time since I posted, and I've wondered over the past few months whether I will keep this up—whether I want to keep this up. Theoretically I do, practically I don't know if I can manage. Which kinda sounds like a lot of things in life, right?

In lieu of a cohesive post, I thought to lay down what's going through my mind lately, partly as a test to see whether I can get my brain and fingers moving in tandem about something other than real estate contract addenda and home inspections.

I'm feeling displaced and melancholy this morning. It's at least partly due to waking with Zoë screaming in my face to nurse or to get up or to find the ice pack she went to bed with that she's now calling a phone...some days when she does this (she does this most days) I can deal with it, and some days when she does this I absolutely cannot deal with it and turn into a shouting anger ball from Moment 1 of the day. Today, however, I seem to be sad and gloomy rather than angry.

Which is also at least partly due to drinking a margarita too many last night, although it's mostly due to going down the rabbit hole of revisiting pictures from Sweden before going to bed. I used to keep a blog that was solely about the kids and shared only with close friends and family (sorry, no link forthcoming), and it still exists, and it's stuffed with pictures from our early years in Sweden, when our children were so small.

I almost wept last night, and I'm almost weeping now thinking of it, of all the places and people that made up our life over there, and of my children back then, how small they were, how sweet (I mean, they're still small and sweet, but they've grown.) Lines from the Elizabeth Bishop poem One Art keep coming to me as I think about Sweden:

The art of losing isn’t hard to master;
so many things seem filled with the intent
to be lost that their loss is no disaster....

Then practice losing farther, losing faster:
places, and names, and where it was you meant
to travel. None of these will bring disaster....

I lost two cities, lovely ones. And, vaster,
some realms I owned, two rivers, a continent.

From our new house—did I tell you, we bought a house?!—we can see the Cascades on the horizon. Trees obscure the best views of the Three Sisters, part of a volcanic section of the range, but we can still spy the snow-capped peak of the southernmost Sister from our breakfast nook, at least now in the winter. I can't tell you what good seeing these mountains does for me, how my soul stirs every time I look into the distance and am reminded of the fact of mountains. Is that silly? The fact of mountains! There was a time in my LA years, after I'd spent much of a summer in Alaska, when my whole purpose for being was to be in or near mountains, to think about mountains, to know mountains. Maybe that's also why I'm melancholy today, because sometimes looking at the mountains reminds me of how far I am from parts of myself. Which reminds me of these lines from one of my favorite poems, by the late Mary Oliver, When I Am Among the Trees:

I am so distant from the hope of myself,
in which I have goodness, and discernment,
and never hurry through the world
but walk slowly, and bow often.

I bought a display case from Ikea a few weeks ago and am filling it up with treasures, the pinecones and Petoskey stones and crab claws and seal scapula we've collected from mountains and shores and Swedish islands and forest trails. Seeing them there, like the mountains in the distance, makes me tremendously happy at the same time that it tugs on something in me, or points at something that's missing.

Lately I've also been thinking a lot about community, and relationships, and what we are to each other. When we moved a couple weeks ago, about a dozen people showed up and transported the contents of our lives to the new house in a matter of hours; some of these people we'd known since the day we arrived in Corvallis, others we had met only once or twice. Although moving someone else is infinitely easier than moving oneself, it still shocks and humbles me the way people show up for each other, what we will do for each other. My mother spent ten days with us and never once stopped working on the house or helping with the kids. A new friend keeps asking when the next house project begins because he wants to come help us do it, whatever it is.

I'll be visiting the eponymous Sabrina in a couple weeks, and I keep thinking about the love and grace that has defined our friendship since the beginning. I'm hoping to also see a friend from high school (and by friend, let me clarify that I never actually spoke with this person in high school but we swept vaguely into each others' orbits in the intervening years), and I keep thinking about what strange forces of the universe hold people even distantly together.

I'm traveling to the Midwest—two nights in Chicago, two in small-town Wisconsin—next month, alone, and I'm just over the moon to be traveling on my own! Not that Chicago in February is a particularly exciting destination, but I can't wait to sleep in a bed all by myself and not wake up with a baby screaming in face. My brother is getting married and I'm excited to see my extended family and meet my sister-in-law-to-be. And did I mention that I'm not taking the kids with me? I can't believe my luck!

If you made it this far, thanks for reading. What have you been thinking about lately? Also, what do you think about the drop caps above (the big letters at the beginning of a couple of paragraphs)? WordPress has made some major changes since the last time I posted and I'm testing out new stuff—not sure how I feel about it so I'd appreciate your input.

More thoughts on melancholy (I have a lot of those), and more about Sweden in summer.

Top photo by Ryan Parker on Unsplash.
Other photos by me.

Previous Post: « Have You Heard of Free Forest School?
Next Post: Some Categories of Anger (and Melancholy, of Course) » 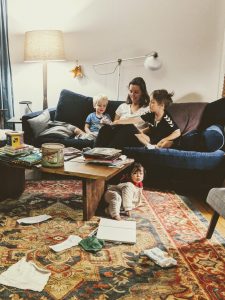 Does anyone else ever feel that going to work is like taking a vacation compared to being home with three-foot-tall tyrants all day? That parenting is the most difficult thing you've ever done, far more challenging than any job? Further, that being a parent has forced you to develop skills, strategies, and coping mechanisms you...

END_OF_DOCUMENT_TOKEN_TO_BE_REPLACED 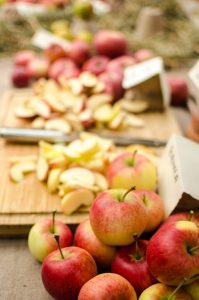 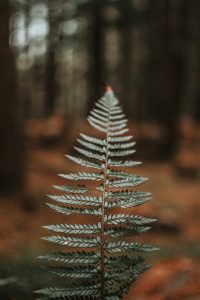 Dear readers—I wonder, what have you been thinking about lately? What is on your mind, what are the questions you keep coming back to? What are the situations you can’t solve? Who are the people you’re loving? Do you find yourself pondering different questions in the darkness of winter? 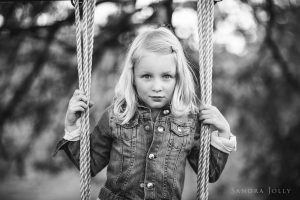